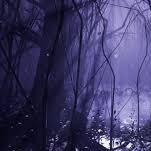 Hello listeners, subscribers, and wanderers to Our Veil of Smoke and Gold Podcast. Welcome, I'm your host Annelise and this is Part 2 of our Kelpies episode series, it is also the final part. If you haven't listened to Part 1, please go back and do so now. In Part 1 we discussed Kelpie origins, first writings, and role in history, their nature as well as physical characteristics and abilities, Kelpie magical characteristics and abilities, their, habitat, homes, and relationship to other faerie folk, and finally Kelpies' relationship to humans and how to find, interact, trap, lure or repel them. We also began the episode with our first story, per the usual. In this episode, Part 2, we will be discussing a second story, analyze that story as well as the meanings of the Kelpie itself, delve into my personal insight and applications of the Kelpie, and summarize the past two episodes in a short conclusion coupled with all of the sources for our Kelpies episodes. So, without any more interruptions, let's get into our second story.

The following story is largely based off of the version presented in the book, Folklore of Scottish Lochs and Springs by James M. Mackinlay, referencing a folktale from William Grant Stewart’s Highland Superstitions and Amusements.

The murky, obscure depths of the Loch Ness were once known to harbor a noted demon-steed that was a cause of terror to the inhabitants of the nearby land. Like other kelpies, this creature constantly emerged, bedecked in dark reeds and sand, to trot along the roadside, all bridled and saddled, waiting for someone to mount his shimmering flank.

When any unwary traveller did so, the kelpy took to his heels, and presently plunged into the deepest, blackest waters of Loch Ness with the victim on his back, their screams rippling the lake and travelling with the wind to the adjacent town. People shivered, but kept their heads down in a silent agreement to never acknowledge the creature.

Predictably, tourism in the town declined, since traveling to a town where few returned from was less than appealing, to say the least, thus plunging the area into a state of poverty and isolation. Such events continued, until, one day, a Highlander by the name of MacGrigor resolved to best the water-horse, banishing its haunting presence from Loch Ness for good.

For many years, the young man contemplated tactics to eradicate the Kelpie, preparing weapons and observing the actions and abilities of his foe.

On this fateful misty morning, the Kelpie was prancing about, sauntering at the edges of the forest as usual. His black coat glistened and slid over his sleek form, though he was ignorant to the presence of MacGrigor camouflaged in the bushes, a short steel sword in his palm.

The Kelpie was considerably startled when MacGrigor, sword in hand, leaped from the seemingly benevolent greenery and struck him a blow on the nose. The weapon cut through the bridle and the bit affixed to the Kelpie, both falling to the ground.

The accessories were instantly picked up by MacGrigor, jumping out of the path of the frantic horse’s hooves. MacGrigor was then able to observe that the bit and buckles were of pure silver and the reins of soft and beautifully speckled leather. And, from his constant surveillance of the Kelpie, MacGrigor had determined that the Kelpie was powerless without his saddle.

As if to prove his speculations, the Kelpie requested to have it restored in coherent Gaelic because, though a horse, this Kelpie had the power of human speech, and was able to converse with his conqueror, using various arguments to bring about the restoration of his lost and vital property.

“Very amusing, mortal, now return to me my rightful possessions.”

“I think not. I have bested you, demon, and now your bridle will serve as my trophy.”

Finding that these arguments were unavailing, the Kelpie prophesied that MacGrigor would never enter his house with the bit in his possession.

“You assume great things and yet you will never cross the threshold of your abode with it in your possession. Accept your fate and return what is mine.”

“No.” MacGrigor turned and fled through the forest in the direction of his home, the Kelpie disintegrating into water droplets that followed closely behind him on the wind.

When MacGrigor arrived at the door, the Kelpie had already managed to overtake him and planted himself in front of the door to block the entrance, snarling and baring his sharp teeth. The Highlander, however, managed to outwit the Kelpie by going around to the back of his house, where he called for his wife, who hastily came to the back window.

MacGrigor flung the bit to her through the window. Returning to the kelpie, he told the beast where the bit was, and assured him that he would never get it back again. The Kelpie turned in astonishment and saw that there was a cross made from the wood and berries of the rowan tree hung above the door, intended to ward off witchcraft. Therefore, the demon-steed could not enter the house, and presently departed uttering certain exclamations of profanity that are not appropriate to mention.

From then on, the Loch Ness monster has been unable to cause much more trouble than the occasional surfacing or rippling of the lake water.

Based on whichever interpretation is used, the Kelpie is described either as a magical creature or fairy, the hungry spirit of a body of water that takes the form of a horse, or even a demon in horse form. For the most part throughout this episode we have predominantly followed the narrative of the Kelpie being presented as a fay, touching a bit on their spiritual aspects in their relationship to their habitat, though this second story offered a vivid introduction into the Kelpie as a demon. On all accounts, the Kelpie, or any water horse that we have discussed for that matter, is portrayed as an insidious force to be reckoned with and this is because water horses such as the Kelpie, Each Uisge, Cabyll Ushtey, Aughiska, and Noggle are representative of the more cruel and unforgiving aspects of nature. Their often dark coloring mirrors that of deep water, which is the most mysterious and haunting part of any water source. The Kelpie is not a lenient or playful figure in mythology because the feeling of overwhelm and quiet suffering that can accompany water is not a light and superficial thing. Roughly 320,000 deaths worldwide occur each year from drownings,  most of which are children, not including related boating accidents. Maintaining the idea that a dark and malicious horse is waiting to drag you to your death is a metaphor for the inherent dangers that come with playing in water. We were not built for the element of water, we have adapted to be able to withstand it, but only for a little while through swimming. It is too easy to be careless and ignorant when dealing with rivers, lakes, and even pools, leading to the cold and unrelenting grasp of the water pulling you under and ripping the breath from your lungs. Even though many people can swim, it is still possible to be overtaken by this merciless force of nature. So, like many other fairies, the Kelpie was likely constructed as a justification for drownings, especially the drownings of children who knew how to swim, (because if a person randomly died, people generally liked to blame it on the devil) and as a warning to prevent future deaths. This horse comes bearing a very specific message to the world, that humans don’t dominate everywhere and that it is in everyone’s best interest to be wary of what lurks in the deep.

The Kelpie is such a well-known creature in mythology and it has been referenced and incorporated into so many of the books I have read. It’s pretty easy to tell that my absolute favorite genre of books is fantasy, ahem, fairy podcast, so I encounter a plethora of magical beings in what I read, but Kelpies have even been included in J.K. Rowling’s Fantastic Beasts and Where To Find Them, the book, which is included in her mini series that accompanies Harry Potter called the Hogwarts Library. According to the Ministry of Magic Classifications for beasts, kelpies are a level four, meaning that they are dangerous, require specialist knowledge and can only be handled by skilled wizards, no muggles. Here is her description, “This British and Irish water demon can take various shapes, though it most often appears as a horse with bulrushes for a mane. Having lured the unwary onto its back, it will dive straight to the bottom of its river or lake and devour the rider, letting the entrails float to the surface. The correct means to overcome a kelpie is to get a bridle over its head with a Placement Charm, which renders it docile and unthreatening. The world’s largest kelpie is found in Loch Ness, Scotland. Its favourite form is that of a sea serpent (see page 38). International Confederation of Wizard observers realised that they were not dealing with a true serpent when they saw it turn into an otter on the approach of a team of Muggle investigators and then transform back into a serpent when the coast was clear”.

Kelpies and the other water horses we’ve mentioned are also incredibly dark and brooding, which delineates them from other fairies, and they have yet to be made excessively whimsical and harmless by Disney. While, yes, I realize there is a water horse depicted in Frozen 2, though even still it is not of a particularly friendly and playful manner, this being’s blunt cruelty and murder are very realistic to the darker sides of nature. The world is not perfect, and the Kelpies are a stark reminder of that fact. Not everything bends to the will of humans and not everything is in our control, especially as a kid we experience this. It is good to realize the beauty and wonder of a world that is still beyond our comprehension through the likes of fairies and unicorns, but to me magic is also a representation of aspects of life that are startling, traumatic, and incredible in a surprising and dangerous way.

And with that, our episodes on Kelpies, the Each Uisge, Cabyll Ushtey, Aughiska, and Noggles have come to a close! I hoped you learned something about water horses, despite them being so prevalent in our modern world because I know I certainly learned a lot researching them. Please leave a rating and review on whatever podcasting source you’re listening to this from and you can contact me at ourveilofsmokeandgold@gmail.com regarding any concerns, feedback, suggestions on faeries, or anything else you want me to know. Especially if you see something wrong in a specific episode or think I could supplement the episodes with more personal content or stories, compose an email and I would cherish that email for all it would help me improve upon, because I am certainly not perfect. (Sources) Once again, thank you to all of you guys who choose to listen to me talk, I’m Annelise, the host on Our Veil of Smoke and Gold Podcast, tune in next time for more on magic and fairies.

An Encyclopedia of Fairies by Katharine Briggs

The World Guide to Gnomes, Fairies, Elves, and Other Little People by Thomas Keightly

“The Kelpies: The Mane Attraction At The Helix” article at visitscotland.com

Folklore of Scottish Lochs and Springs by James M. Mackinlay

Fantastic Beasts and Where To Find Them by J.K. Rowling