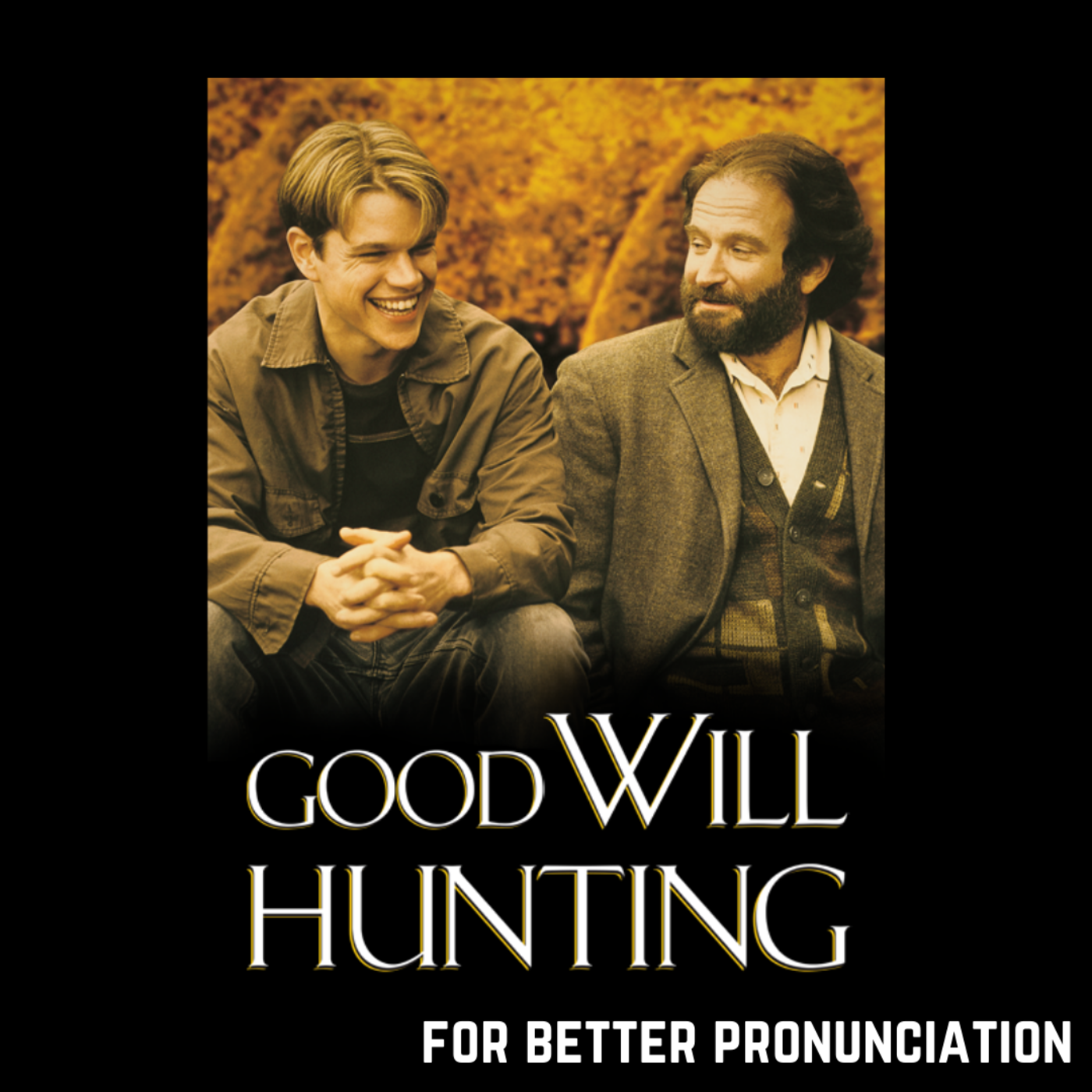 Pronunciation and articulation is greatly improved when listening to native English Speakers in specific settings.

These actors speak with an easy rhythm and provide the perfect opportunity to learn and imitate speech and phrases.

Good Will Hunting is a 1997 American psychological drama directed by Gus Van Sant, and stars Robin Williams, Matt Damon, Ben Affleck, Minnie Driver and Stellan Skarsgård. Written by Affleck and Damon, the film follows 20-year-old South Boston janitor Will Hunting (Damon), an unrecognised genius who, as part of a plea agreement with the courts after assaulting a police officer, becomes a patient of a therapist (Williams) and studies advanced mathematics with a renowned professor (Skarsgård). Through his therapy sessions, Will re-evaluates his relationships with his best friend (Affleck), his girlfriend (Driver), and himself, facing the significant task of confronting his past and thinking about his future

Twenty-year-old Will Hunting of South Boston is a natural genius who is self-taught. He works as a janitor at MIT and spends his free time drinking with his friends Chuckie, Billy, and Morgan. When Professor Gerald Lambeau posts a difficult mathematics problem on a blackboard as a challenge for his graduate students, Will solves the problem anonymously, stunning both the students and Lambeau. As a challenge to the unknown genius, Lambeau posts an even more difficult problem. Will flees when Lambeau catches him writing the solution on the blackboard late at night

A great way to learn conversational English is to study a film that takes place in a specific city. The movie is set in Boston and two of the main actors in the movie – Damon and Affleck come from Boston. They know and understand the accents as well as the slang or jargon used by locals. They make use of hilarious sayings and expressions when they make a point of when they are trying to get a message across.

Another aspect to look (and listen out) for is the somewhat out-of-place posh British accent used by Minnie Driver. She is originally from the UK and this is how she naturally speaks, so she did not have to put on an accent for the role. What is telling is how her accent and that of Damon differs, not only in pronunciation, but also in terms of articulation. They make use of different vocabularies when they speak, often saying very similar things in completely different words.

The film also features a non-native English speaker in Stellan Skarsgård, whose mother tongue is Swedish. Skarsgård is a very successful actor and has starred in many Blockbuster Hollywood movies – most notably Mama Mia 1 & 2. He has a reasonably heavy accent, but this does not impact his dialogues or pronunciation in a negative way – on the contrary actually – he articulates well and has a very smooth and rhythmic voice.

Another great treat for non-native viewers is the dialogue of Robin Williams, himself no stranger to Hollywood A-list movies. Albeit more known for his comedic roles, which often features silly and animated voices, this movie sees him portray a very serious and somewhat depressed individual. He is a true professional and made this role his own, walking away with the best actor award that year. Williams was responsible for delivering some of the best lines in the film – beautifully and naturally. He does so with great accuracy and wonderfully expressive speech. He too speaks very clearly and sounds-out his phrases very well.

A great contrast to keep an eye open for is how Damon speaks to his friends and then how he speaks to his girlfriend. His exchange is friendly and relaxed in both cases, but the tone of his voice changes and his vocabulary (when addressing his mates) is more crude and crass.

Williams and Skasgard's characters used to be college room mates, but the way that they interact with one another immediately gives the viewer the idea that all is not well between the old friends. They speak uneasily about the past and the dialogue they use is more suited to acquaintances than good friends.

There is also a classic scene where Damon's character and another man have a little disagreement in a bar. It started off with the other man insulting Will Hunting's (Damon) friend about not being in college and being out-of-place in a college bar. Damon then proceeds to expose this man as a wannabe intellectual who quotes from famous authors to impress people and pass the quotes off as his own. The lesson here is that knowledge comes from anywhere and anyone can make it their own if they want to or understand how.

As with many great movies, this one has amazing one-liners too. Some of them are very potent, but slightly too long to include in this podcast. So I'll stick to two shorter, but equally powerful quotes.

"You Don't Know About Real Loss 'Cause It Only Occurs When You've Loved Something More Than You Love Yourself." Williams' character (Dr. Sean McGuire) says this to Will Hunting when they discuss how little Will knows about real life and how empty his life actually is.

“I had to go see about a girl” Will to Sean Macguire in a letter at the end of the movie, when Will finally gets his acts together and goes after the girl.

a caretaker or doorkeeper of a building

an organized group of criminals

cruel and violent treatment of a person or animal

deliberately destroy, damage, or obstruct (something), especially for political or military advantage

a fault, blemish, or undesirable feature.

Previous episode
IELTS Vocabulary boost with my favourite movies
I explain EXACTLY why and how to watch The Shawshank Redemption to gain insights into vocabulary building, better pronunciation and improved word-choices - easily and effectively. Watch and learn!
Next episode
Schwarzenegger's accent became his biggest asset
Your accent does not define your ability to speak English. Use it to your advantage. 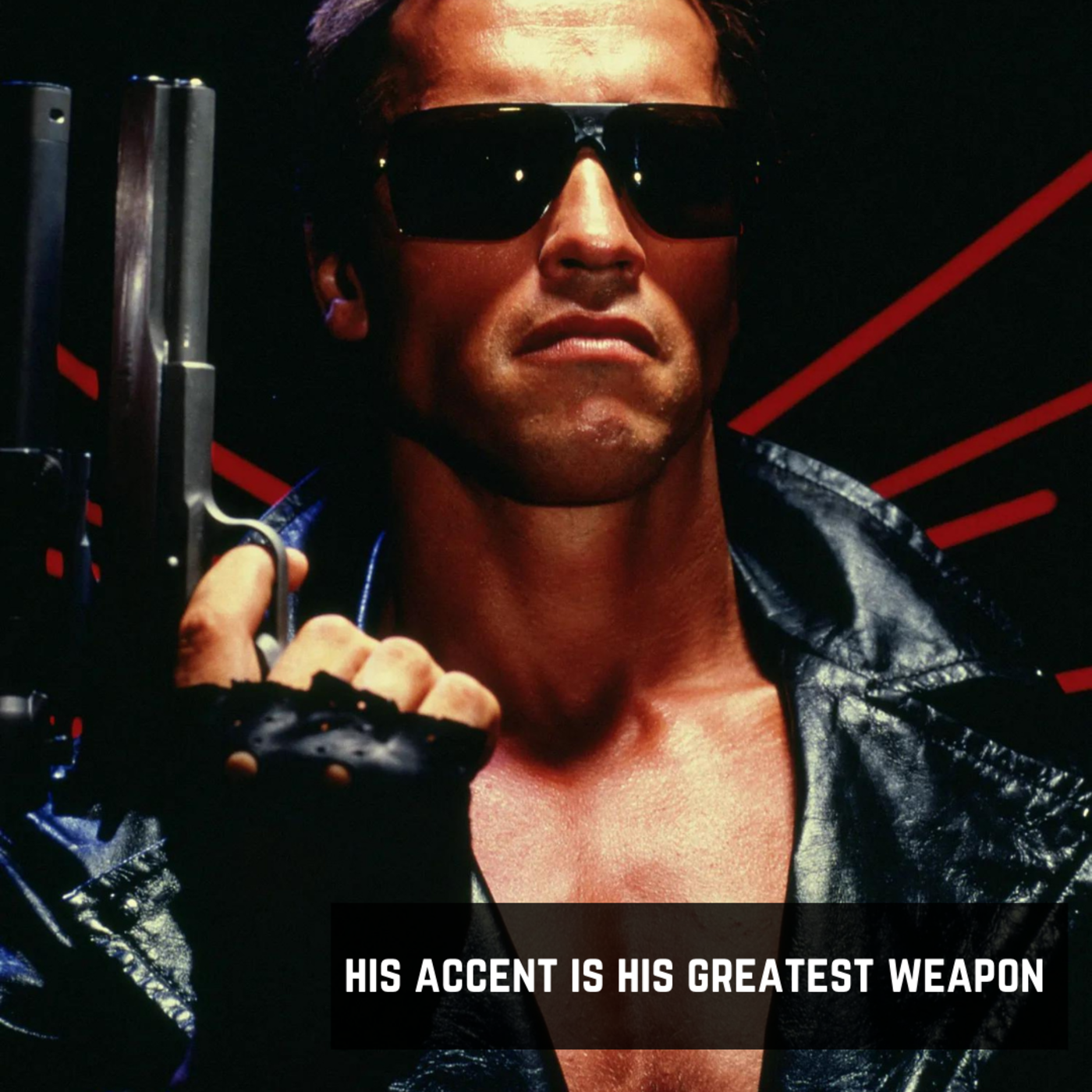